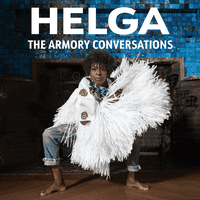 We're talking to people about the path that we're all on. Where we've been, where we are and where we're going next.

These aren't interviews, they're conversations with people from Park Avenue Armory and beyond like visual artist Nick Cave, “…That sound was this sort of new idea of protests”, actress and disability advocate Marilee Talkington, “…I know that I am so much more capable than I can possibly imagine.”, and youth author Jason Reynolds, “…I never wanted to be a rapper, I just wanted to do the word thing.”

Subscribe to Helga: The Armory Conversations, wherever you get podcasts.