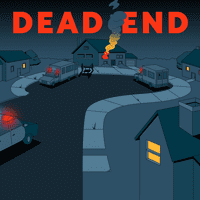 Nancy Solomon: Everything we now know about the deaths of John and Joyce Sheridan, the office of the Attorney General knows. The botched investigation, the documents left on the dining room table – all of it was brought to the state’s top law enforcement agency. And that’s the very institution that was meant to tackle complicated criminal cases like this one. So this all lands on the doorstep of the Attorney General.

In the almost eight years since John and Joyce Sheridan were killed, we've seen five state Attorneys General come and go. I tried to find out why they never investigated this case. But that door has been slammed shut. Until now.

Governor Phil Murphy: Good morning. I have remarks, which I will read, but (fades out)

Governor Murphy: Please help me welcome the next Attorney General for the great state of New Jersey, Matt Platkin.

Nancy: So I asked, again, whether the Sheridan case is being looked at. And this time, I actually got an answer. A one-sentence email from the Office of the Attorney General:

"Our office is investigating this matter, and we will follow the evidence wherever it leads."

It’s official. The Sheridan case is now an open investigation. And for the first time, It will be run by the state’s top law enforcement agency.

I’m Nancy Solomon and this is Episode 7 of Dead End. It's a short one.

Bob: Hello, Nancy. How are ya?

Nancy: I'm good. You got a minute?

Nancy: I had heard that some people had been contacted by a state investigator, including Bob and Chris Stevens.

Bob: Um, they seem to know more about me than I knew, so …

Nancy: They were good friends of John and Joyce. You know, Chris was the one who’d had a three-hour lunch with Joyce just a day and a half before the Sheridans died. Her husband, Bob, is a lawyer who used to work in the Attorney General’s office. Sure enough, they had heard from the AG’s office too. And in fact, Bob told me they were called in to the offices in Trenton.

Bob: We were questioned separately and she didn’t come out in handcuffs so that was good, so. Hold on let me find Chris, if i can find her – it’s not a big house. Chris…

Nancy: A few weeks ago, Chris had wanted to talk with me about the investigation, but Bob had been concerned that it might need to be kept confidential.

Nancy: Okay so, tell me about getting the call from them and what it was like and how you felt about it?

Chris: Um, Bob was the one who got the call and what I felt about it? I was nervous. You know, I was used to talking to you, but I just was a little scared, going to the justice complex you know, that's the seat of everything. But I got the impression, the FBI was really looking into everything and, and the same with the state investigators.

Nancy: That’s the first I heard the FBI is involved. The Stevens didn’t know why, and I haven’t been able to find out anything more. Bob thought it may be related to Sean Caddle, the political consultant who pled guilty earlier this year to hiring  two hitmen to murder another man involved in politics in 2014, only months before the Sheridans were killed. That case is federal because the hitmen came from out of state. For now, all I know for certain is that Chris and Bob Stevens spoke with two investigators, one federal, one state, about the Sheridans.

Chris: They knew that both of us felt that this was a shoddy investigation, somebody needed to really look into it and find out exactly what was happening.

Nancy: Does this give you any kind of hope that maybe someone's going to get to the bottom of this?

Chris: I’m, I’m hopeful. We really would rest easier if we knew that everything was resolved on this. It would be very comforting knowing that they finally figured out what the story was.

Nancy: The two investigators talked to Joyce for 30 minutes. Bob told me he talked to them for an hour.

Bob: You know, it was a tough case to pick-up many years later, especially since there's maybe evidence tainted, lost, you know, compromised and it's difficult to pick up another agency's investigation. They got to get over the basics first, and the lay of the land, but they're both experienced investigators. They're not just the new boys on the block. So if anybody's going to do a good job on it, I think these guys will be the ones to do it.

Nancy: I also called Mark Sheridan about the new investigation.

Mark: Until you just told me that, I didn't know for certain that the Attorney General's office was actually reopening the investigation, was doing anything. So, I'm happy to hear that they've started to reach out to people. I didn't know that, but I, I certainly think it's a good start. You know, Nancy from the bottom of my heart, thank you for you know, making this an issue and you know, pointing them to people that they didn't talk to the last time that should be talked to now.

Nancy: I asked for an interview with the new Attorney General. He still hasn't been confirmed by the state senate and his office says they'll make him available after that happens. So I went back to listen to Matt Platkin on the day the Governor nominated him. I wanted to see if he said anything that might be a clue to how he'll approach this case.

Attorney General Matt Platkin: My dad is here and lately I've been thinking about a print that he hung in our house.

Nancy: It’s a poster he's hung in the office of every job he’s had as a lawyer. The Hebrew words: Justice, Justice, Thou Shalt Pursue.

Platkin: Never ending, tireless pursuit. A pursuit that's full of disappointments and setbacks, incomplete steps, and half measures. But this pursuit of justice is not optional. It is in fact, our obligation. And we are instructed that only by pursuing justice, in an honest and just manner, can we faithfully fulfill that obligation. As Attorney General, those words will be my north star.

Nancy: Is this all it takes to pursue justice after nearly eight years? Could it really be so simple — the right person in the right job? As a reporter, my north star has been that it’s not just about individuals — the good ones or the bad ones. It’s the system and the laws that got us here that we have to pay attention to.

On our next and final episode, we'll return to the story we expected to tell you this week. At the same time that the Sheridan brothers were seeking justice for their parents, there was a whistleblower suing the Chris Christie administration.

Ben Barlyn: My experience was very indicative of a circumstance where the governor's office was in effect the de facto Attorney General for New Jersey.

Nancy: And what that tells us about why a family with privilege and access to power couldn't get justice in New Jersey.

Dead End was reported and produced by me with Emily Botein, Karen Frillmann, and Adam Przybyl. Music and sound design by Jared Paul. Additional engineering by Andrew Dunn and Jason Isaac.

This is WNYC Studios; learn more at deadendpodcast.org. If you like what you hear, give us a review. It really helps introduce the podcast to new listeners and thank you.

Copyright © 2022 New York Public Radio. All rights reserved. Visit our website terms of use at www.wnyc.org for further information.