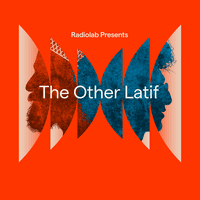 Hey. You’re listening to Radiolab. This is Latif Nasser.

And what I have for you today is some breaking news.

So you might remember, last year, my colleagues and I brought to you the story of a man…

TAPE: He would've killed me.

TAPE: Would he have cut your head off on a video if he’d been instructed?

Labeled “the worst of the worst” by the United States government--

TAPE: People who've committed crimes tend to lie about it.

Who then was cleared to leave --

TAPE: You have to take everything the CIA says with a pinch of salt.

TAPE: I know he was beaten many many times…

But because of politics a bureaucratic snarl at a crucial moment…

TRUMP TAPE: We’re going to load it up with some bad dudes!

… got stuck at Guantanamo anyway.

TAPE: He’s somebody who should be home. Should've been home a long time ago.

The U.S. government has transferred Abdul Latif Nasser out of Guantanamo. We don’t know much else --YET-- other than that as you hear this, Abdul Latif has touched down on the tarmac in his home country of Morocco.

For those of you that have listened to the series...you know what a big deal this is. They haven't let anyone out of Guantanamo Bay in years. For those of you who have not heard the series this is a real prime time to catch up.

You can find the series at The Other Latif at theotherlatif dot org -- that’s the other L-A-T-I-F dot org-- or search for The Other Latif wherever you get your podcasts.

Copyright © 2021 New York Public Radio. All rights reserved. Visit our website terms of use at www.wnyc.org for further information.