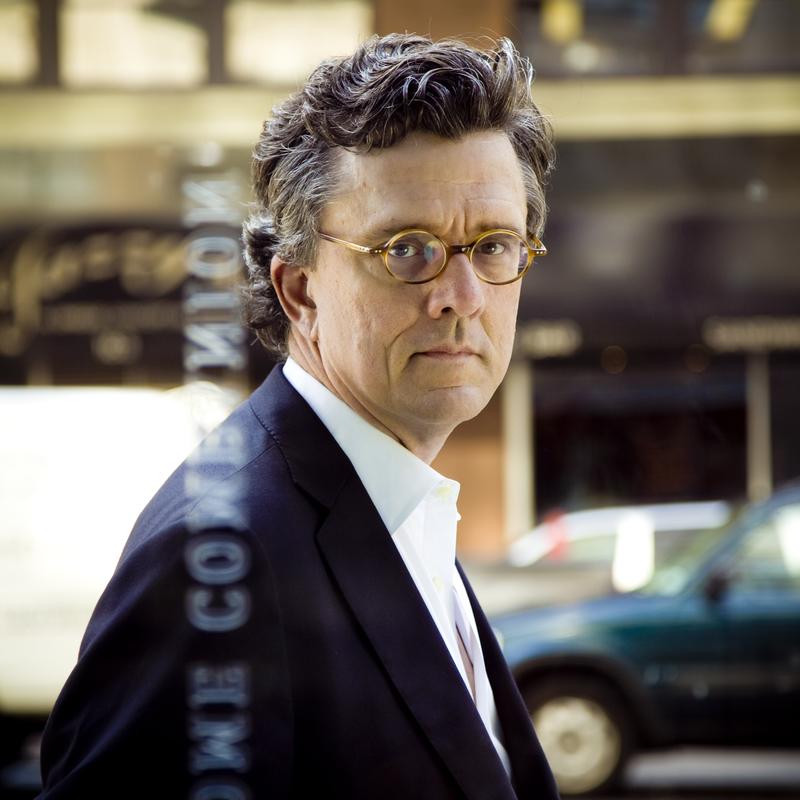 Kurt Andersen is a writer and the host and co-creator of Studio 360 (and of the new occasional radio variety show Kings County).

His latest novel True Believers, according to Jon Robin Baitz's review in Vanity Fair, "is beautifully drawn," "a great American novel." The Washington Post calls it "a big, swinging novel...full of witty insights" with "plenty to keep us entertained," and The San Francisco Chronicle considers it "fiendishly smart, insightful and joyously loopy." Booklist says it's "an ambitious and remarkable novel, wonderfully voiced" with "spellbinding suspense, and according to The Winnipeg Free Press its "genre grafting" is "an unmitigated success."

His previous novel, Heyday, a New York Times bestseller, won the 2008 Langum Prize for the year's best work of American historical fiction. His earlier novel, Turn of the Century, was a national bestseller that Times reviewers called "wickedly satirical," "outrageously funny" and "the most un-clichéd novel imaginable," and that The Wall Street Journal called a "smart, funny and excruciatingly deft portrait of our age."

He is also the author of Reset, a book-length essay about the history and consequences of the 2008-09 financial crisis and recession, and of The Real Thing, a book of humorous essays. He has written and produced prime-time network television programs and pilots for NBC, ABC, and HBO, and co-authored Loose Lips, an off-Broadway theatrical revue that had long runs in New York and Los Angeles.

He is a regular contributor to Vanity Fair, The New York Times, New York and Time.

Andersen began his career in journalism at NBC's Today program and at Time, where he was an award-winning writer on politics and criminal justice and for eight years the magazine's architecture and design critic. Returning to Time in 1993 as editor-at-large, he wrote a weekly column on culture. From 1996 through 1999 he was a staff writer and columnist ("The Culture Industry") for The New Yorker, and from 2004 through 2009 wrote a column ("The Imperial City") for New York.

He was also a co-founder of Inside.com and Very Short List, editorial director of Colors magazine, and editor-in-chief of both New York and Spy magazines, the latter of which he co-founded.