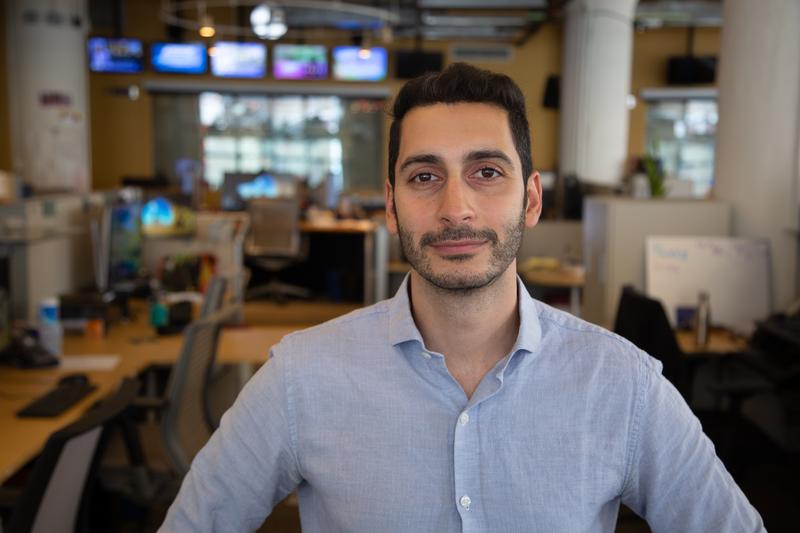 Kousha (he/him) is the Senior Digital Producer for The United States of Anxiety. He explores new ways to share stories and to deepen relationships with our listeners.

Kousha has centered his career around creating content to educate, entertain, and inspire. At WGBH Studios in Boston, he produced Point Taken, a public affairs show on PBS that included a first-of-its-kind YouTube series for the network. On one episode of this series, Kousha described the U.S. consumer debt crisis by singing Taylor Swift. For the 2016 Presidential election, he helped Buzzfeed News produce and launch their first live-streamed election night special.

Most recently, Kousha was Head of Content at Samsung. There, he led digital strategy and production within the company’s division focused on innovation and corporate investment. Kousha has also had a career as a speechwriter, writing in the Obama Administration for the SBA Administrator and developing speeches with thought leaders around the world.

Born in Iran and immigrating to New York City at a young age, Kousha has had the pleasure of living across the United States, from Durham to Miami to San Francisco, and other places in between. Kousha graduated with a Master of Public Policy from Harvard University's Kennedy School of Government and a Bachelor of Arts from Duke University.