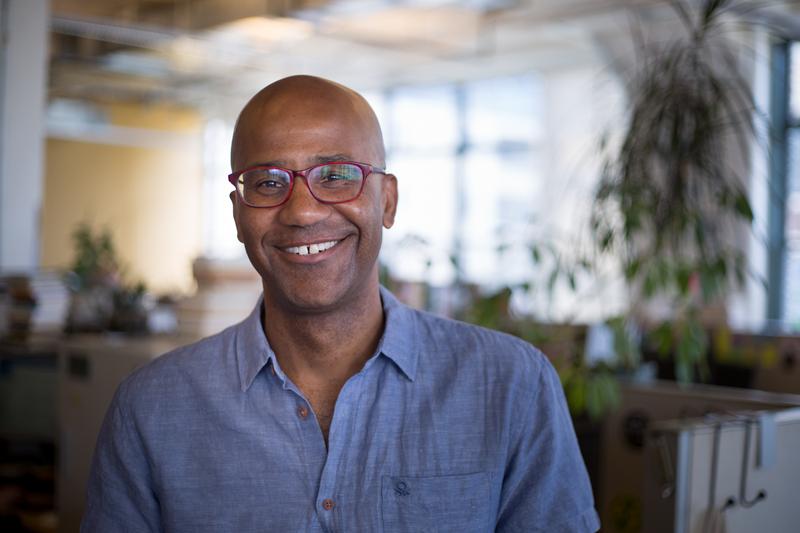 Kai Wright is host and managing editor of The United States of Anxiety, a show about the unfinished business of our history and its grip on our future. The show airs live on WNYC, Sundays at 6p eastern.

The Atlantic hailed the show as one of the “The Best Podcasts of 2018,” declaring that it “has always been able to swiftly explain current events through the lens of the past.”

In addition, Wright was the host of WNYC Studios’ other limited edition podcasts with social justice themes: The Stakes, There Goes the Neighborhood, and Caught: The Lives of Juvenile Justice, which was honored with an Alfred I. duPont-Columbia University Award. He also served as one of the hosts of Indivisible, a national live radio call-in show that WNYC convened during the first 100 days of the Trump Administration to invite Americans to come together across divides.

Wright’s journalism has focused on social, racial, and economic justice throughout his career. Formerly, he was an editor at The Nation and the editorial director of Colorlines. As a fellow of Type Investigations, he covered economic inequality, access to healthcare, and racial inequity. His writing has appeared in The New York Times, Mother Jones, and Salon, among other outlets, and his broadcast appearances include MSNBC and NPR. Wright is the author of Drifting Toward Love: Black, Brown, Gay and Coming of Age on the Streets of New York, as well as two surveys of black American history.