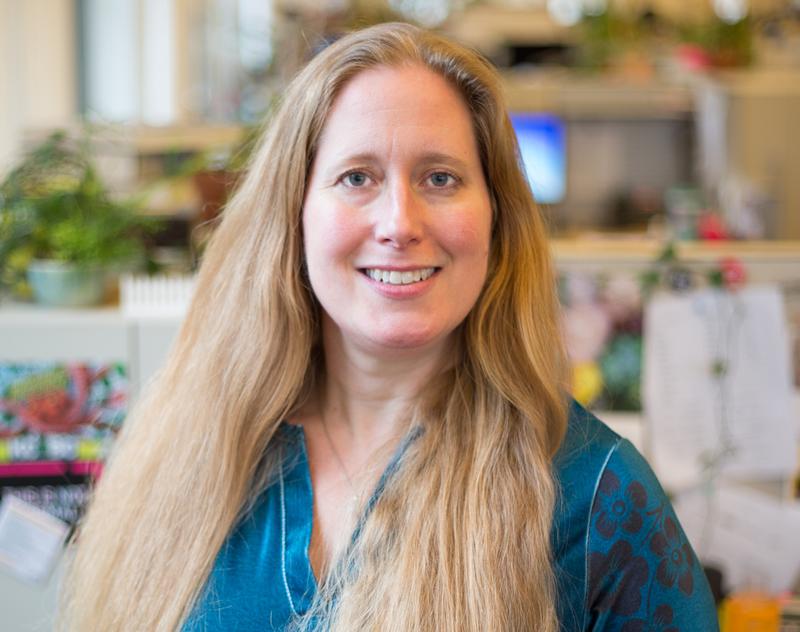 Jennifer Munson is technical director for On the Media

And also Brooke and Bob.

"They're very much like Springsteen," she says, "only without backup vocals."

In addition to WNYC, Jen has worked for Sony Classical, Gateway Mastering and ABC News. Her first love, however, is singing. Trained at Indiana University, she is an accomplished jazz vocalist and composer of such tender love songs as "Lucy."

Lucy is her dog.

When not performing in New York City or recording, mixing and mastering "On the Media," Jen is renovating a house in Yonkers. This is not going very well.

More about the staff of On The Media