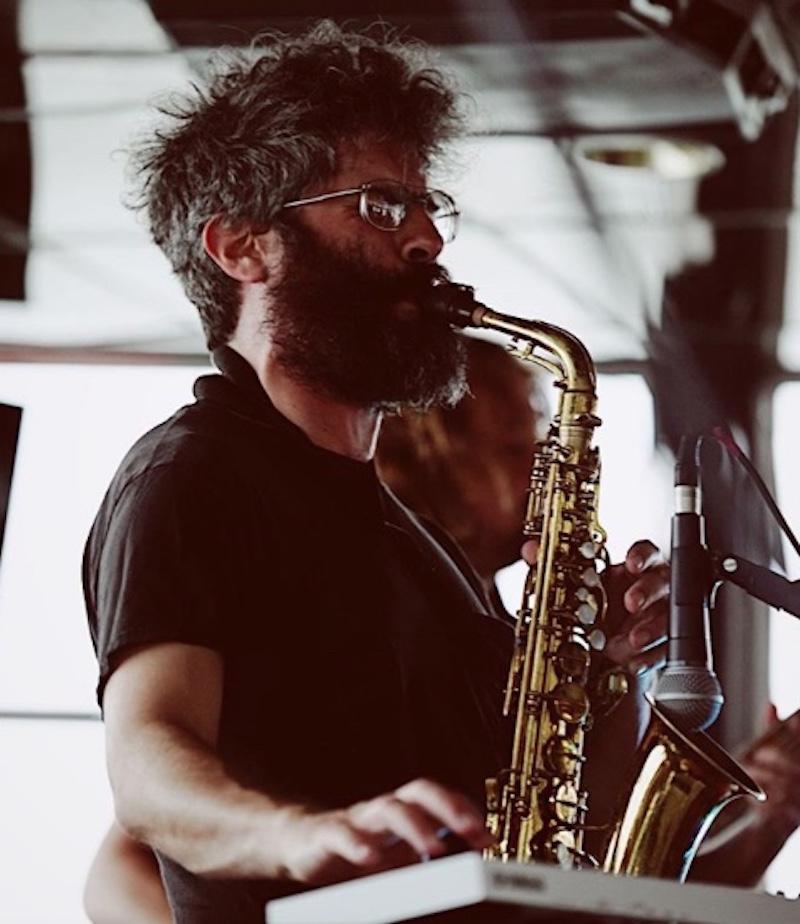 Jeff Tobias is a multi-instrumentalist, composer, and audio editor based in Queens, New York.

Since 2003, he has contributed to over sixty physically released recordings, and toured regularly throughout North America and Europe. He has composed and/or performed music for theater, site-specific installations, and podcasts including Radiolab and The Habitat (Gimlet). His primary creative activity is contributing alto saxophone and keyboards to the punk/psych/jazz group Sunwatchers, releasing music on beloved record labels including Trouble in Mind, Castle Face, and Amish. He has performed and recorded with artists including Modern Nature, Katie Eastburn, David First, Mega Bog, Arthur Doyle, Eugene Chadbourne, Matana Roberts, and many others. He holds a degree in music composition from Brooklyn College, where he studied composition with Tania Leon, Jason Eckardt, Doug Geers and Doug Cohen.