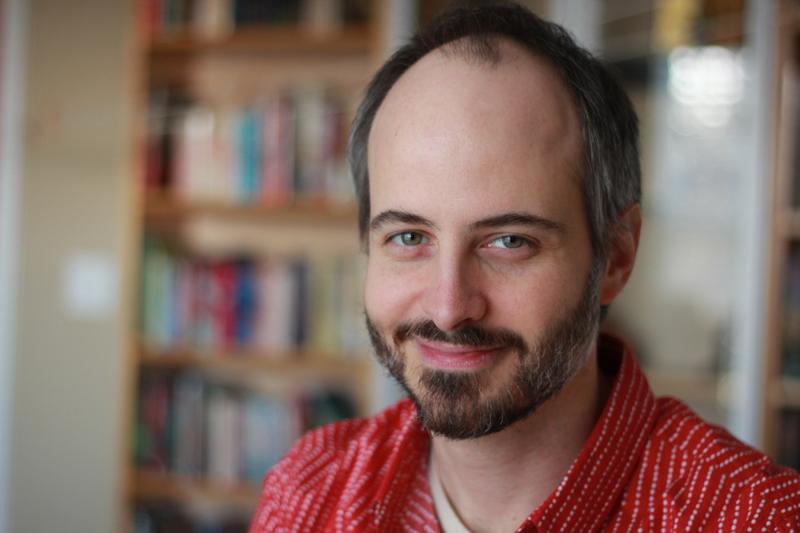 When Drew Callander isn’t lending his voice to The Orbiting Human Circus, he’s living the fabulous life of an expat children’s book author. A husband-and-wife team, he and Alana Harrison created the book series Mightier Than the Sword, published by Penguin Random House. The second installment, The Edge of the Word, comes out in hardcover November 2019.

Before fleeing New York City for far-flung European shores, he started the theatrical phenomenon, Story Pirates, where he performed countless stage shows in theaters and elementary schools across the country. His crazy character voices have been heard on Sirius XM Radio’s Kids Place Live, he has appeared on The Today Show and NBC Nightly News, and he has had the good fortune to work with comedy legends Kristen Schaal, John Oliver, Jon Stewart, and Conan O’Brien.

He currently lives in the Netherlands with his wife, children, and their phenomenal cat, who insists on listening to The Kinks’ “Phenomenal Cat” on repeat.