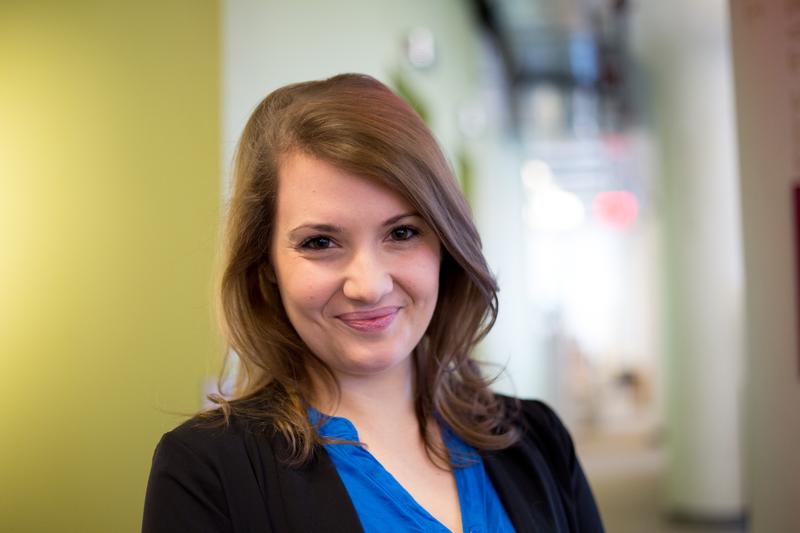 Alexandra Botti is the senior producer for The Takeaway, where she runs daily production of the show. She is responsible for much of the program's coverage of the #MeToo movement, and the opioid crisis. (She also proudly considers herself the show's ballet producer). Her favorite pieces to work on in her time with the show include a story about a controversial bathroom in Washington Heights, a profile of the first woman to be a VP of production in Hollywood, and a conversation with a researcher who interviewed more than 100 rapists in New Delhi.

Before she came to WNYC, Alex worked for WAMU in Washington, D.C., where she spent three years as a producer for the national NPR news talk program The Diane Rehm Show. While there Alex spearheaded the creation of original Diane Rehm Show content for NPR One, hosting two-ways that looked at major news stories from surprising angles.

Alex holds a Master's degree in Language and Communication (Sociolinguistics) from Georgetown University, and she'll happily explain to you why she thinks we need more linguists in journalism. She also holds a B.A. from Smith College in English Language and Literature and French Studies. Alex is a dual citizen of the United States and France, and grew up primarily in the Boston area. A lifelong dancer, she's usually teaching or taking ballet class when she's not producing radio.

To pitch Alex a story, you can reach her via e-mail.